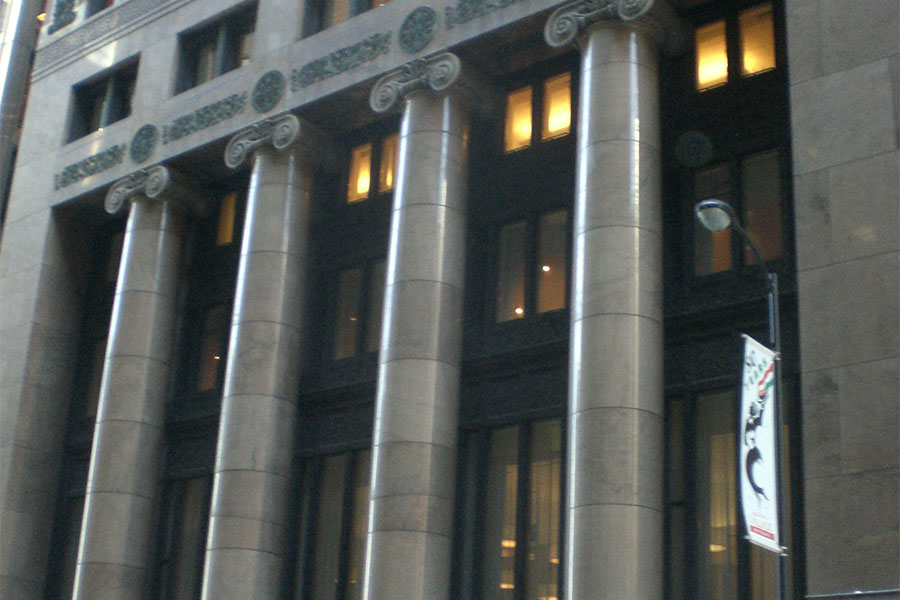 This, the original Harris Bank Building, was constructed in 1910 and was designed by Shepley, Rutan and Coolidge.  Not long after that, company founder, Frank H. Stowell, was awarded a contract to provide construction maintenance services for the building, primarily on the interiors.

Of course, in those days, things were built to last and remodeled to last too.  Still, Stowell had a crew there for well over a decade.  While Harris Bank went on to be absorbed into the BMO conglomerate, Frank H. Stowell & Sons, proudly marches independently forward, still doing fine work on great buildings.